The Easy Way Out – Bariatric Edition 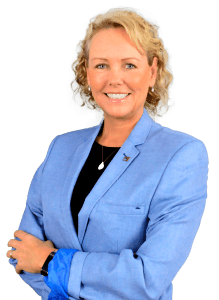 About the Author: Sheri Burke is a Registered Holistic Nutritionist and Bariatric Surgery Coordinator at International Patient Facilitators in Tijuana and Cancun, Mexico. She has worked with bariatric surgery clients for over 10 years and especially enjoys providing nutritional guidance to pre and post bariatric clients.  In her free time, she enjoys spending time with her husband and two teens and cooking up a nutritional storm in the kitchen.

Time for a “bariatric expert” multivitamin?  Here is a perfect way for bariatric patients to get it now on Amazon:  Bariatric Expert MultiVitamins.

Eat Like a Bariatric Expert with our Nutrition Plans.

Feel free to share your victories and struggles in our Facebook Group. I would love to connect with you.

Thanks For Your Interest!

Our doctors and staff are devoted to our patients and to the commitment of providing quality patient care on all levels.

The content of the Website, including without limitation, text, copy, audio, video, photographs, illustrations, graphics and other visuals, is for informational purposes only and does not constitute professional medical advice, diagnosis, treatment or recommendations of any kind. Personal results may differ for each individual. You should never delay seeking medical advice, disregard medical advice or discontinue medical treatment because of information provided by this website. Any information provided by International Facilitators Mexico Inc. in person, by telephone or through marketing materials, including but not Wilted to, all print audio and information is for informational purposes only. Reliance on any information appearing on this Website is solely at your own risk.